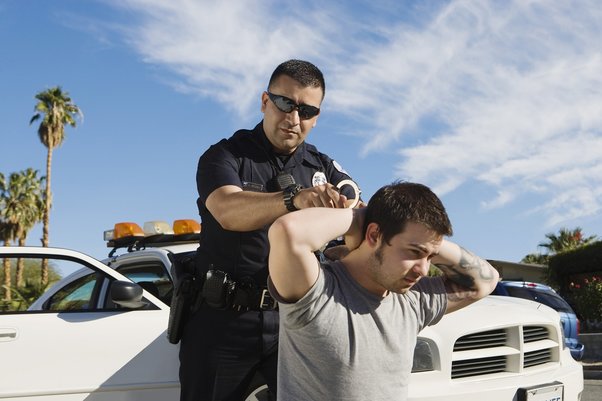 Driving Under the Influence (DUI)

An arrest for DUI can be frustrating and discouraging, but having an experienced DUI attorney on your side can make a big difference in the outcome of your case. Mark Solomon is an experienced DUI trial lawyer and understands how to properly defend a DUI case through effective negotiation, a thorough case evaluation which may often lead to motions that will suppress and/or exclude evidence, and when necessary, Mark will aggressively represent you in a jury trial. A DUI case should be fought at every stage of both the administrative and criminal proceedings. Mark has decades of DUI trial experience and knows how to effectively evaluate a DUI case, which can potentially lead to reduced charges or your case being outright dismissed.

Our initial evaluation of your DUI case is free. No matter where you are in the DUI process, we strongly encourage you to review the information below and call for a consultation today.

DUI Evidence May Not be What It Appears
Most often, DUI arrests stem from a driver being stopped for some ordinary traffic infraction such as: failing to maintain a single lane, speeding, failing to use a turn signal, etc. These ordinary traffic stops turn into DUI investigations when the police officer claims to observe indicators of impairment such as: the odor of alcohol, red bloodshot eyes and slurred speech to name a few. Nevertheless, these so-called indicators of impairment do not necessarily establish proof of DUI beyond a reasonable doubt. An experienced lawyer like Mark Solomon can expose this type of evidence as being inconsequential.

Further, if a police officer cannot articulate a reasonable suspicion for stopping someone for driving under the influence in the first place, or if the evidence in your case was obtained unlawfully, then you may be able to prevail on a motion to suppress evidence, effectively beating your DUI case.

The Importance of Acting Fast to Protect Your License
A DUI arrest can create a substantial inconvenience, to say the least, and can also carry serious penalties. Not only can a DUI result in criminal charges, but it will also result in the administrative suspension of your driver’s license by the Department of Highway Safety and Motor Vehicles 10 days following your arrest. In fact, in Florida, you only have 10 days from the date of your DUI arrest to challenge, or contest, a license suspension by requesting a Formal Review hearing. So, waiting to hire a lawyer could have a devastating effect. For the 10 days following your DUI arrest, your DUI citation is actually your driving permit. An additional driving permit can be obtained as well; call me and schedule a free consultation to find out how. The Formal Review hearing follows a special set of rules set forth in the Florida Administrative Code and the hearing is limited to a narrow scope of issues. Unfortunately, since driving is not considered a fundamental right, the standard for having your license suspended is much lower than that which is required for a criminal conviction.  However, Mark Solomon will thoroughly research your case, and the documents pertaining to your arrest, to determine whether any errors were made that require your license to be reinstated.

First time DUI offenders are eligible to obtain a business purposes only license following their arrest.  Call me and schedule a free consultation to find out how.

Potential Consequences of a DUI
In addition to having your license suspended by the DHSMV, there are potential significant penalties to the crime of driving under the influence. If convicted of DUI, you could face jail time, steep fines, a community service requirement, DUI school, an ignition interlock device and vehicle immobilization. Of course, the potential penalty for each successive DUI arrest increases as well.

Florida is known for its beaches and waterways, and of course that leads to many people getting out on their boats. According to the Florida Fish and Wildlife Commission, in 2013, Florida led the nation with 896,632 registered vessels. FWC also estimates that there are up to one million non-registered vessels actively using the waterways (2013 Boating Accidents Statistical Report). That’s a lot of boaters.
For this very reason, Boating Under the Influence (“BUI”) is taken very seriously. According to Florida Statute 327.35, a person is guilty of BUI if the person is operating the vessel and is under the influence of alcoholic beverages or any chemical substance: (1) which impairs a person’s normal faculties; or (2) has a blood or breath alcohol level of 0.08 or more.

One major difference between a DUI and a BUI, is that the officers do NOT have to have probable cause to pull you over for a BUI. Officers can perform random inspections for things such as safety equipment, registration, and fishing permits. If when pulled over for an inspection, the officer suspects you are Boating Under the Influence, he can begin an investigation.

What are the Penalties for BUI?
Legal Consequences of Damage to Person or Property Due to BUI
If you are convicted of a BUI and it is determined that you caused or contributed to causing damage to property or another person, you have committed a misdemeanor of the first degree. This type of charge is punishable by up to one (1) year in jail and a fine up to $1,000.
If it is determined that serious bodily injury was caused, the charges change to a felony of the third degree which is punishable by up to five (5) years in prison and a fine up to $5,000.

Can My Driver's License be Suspended for a BUI in Florida?
Presently, there is no driver’s license suspension for a BUI conviction. For more general information on driving with a suspended license, please read: Driving on a Suspended or Revoked License in Florida.
​
With over a decade of exclusive criminal defense practice experience in south Florida, you should call Attorney Mark Solomon immediately. Attorney Mark Solomon offers a free consultation where he will go into more depth regarding your charges and the possible penalties. More importantly, Mark will analyze your case for all possible defenses. Mark will give you an aggressive, thorough defense. It is important to call as early in the process as possible.
​
Schedule a Free DUI Consultation
​A DUI charge in Florida can be proven by either showing that a driver’s breath-alcohol content was above the legal limit of .08, or by showing that a driver’s “normal faculties” were impaired. Fortunately, there are normally a number of potential defenses to a DUI charge. Contact Mark Solomon to schedule a free DUI case evaluation and learn how he can help defend you.